PERSONNE WITH VOICE  at the National Museum in Warsaw

Personne With Voice is about the face, the hands and the voice.  Placed in the context of the National Museum in Warsaw, the work meets and resonates with the museum’s plenitude of portraits, letting new beings emerge, morph and sound.

“Personne”, in French, means the person, the self.  It also denotes “nobody”, as in “Il n’y a personne”, which translates as “nobody’s there”.  In the ancient world, “persona” signified a mask: theatre mask, tragic mask, ritual mask or mask of the ancestors.  As if in this word “personne” all the layers of the identity could pile up, whether understood as a social role or personality, a stage character or, finally, an empty space devoid of all traces.

Personne with Voice is the latest fruit of a long-term collaboration between choreographer Isabelle Schad and visual artist Laurent Goldring. It is based on the creative process characteristic of this collaboration, in which the artists’ dialogue is intertwined with the projects they are working on alone.

The project is run as part of “Performative Mediations” at the National Museum in Warsaw.

The event intended for people aged 16 and over.

No architectural barriers – accessible for people with alternative motor skills. 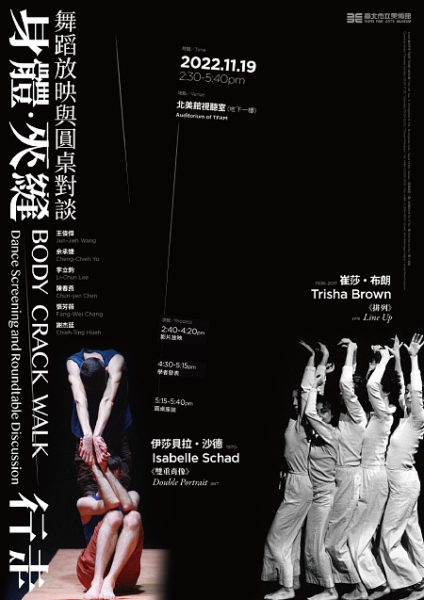 “Body・Crack・Walk: Dance Screening and Roundtable Discussion” is a public event presented as part of the exhibition “Walking the Crack.” Within the context of an exhibition centered on art and objects, it shifts the focus to the discipline of dance, with the aim of a more in-depth exploration of “walking” and “cracks,” opening greater room for dialogue between the performing and visual arts. To highlight the significance of the body in “Walking the Crack,” this event will specially screen two films of dance pieces never performed in Taiwan, elaborating on the diverse possibilities of interpreting walking and cracks through the bodily expressive medium of dance. A roundtable discussion will be held following the screening. 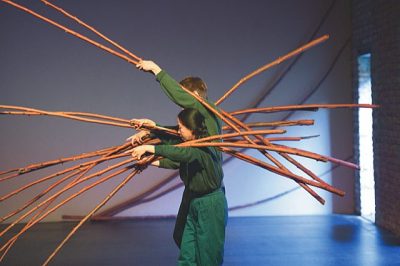 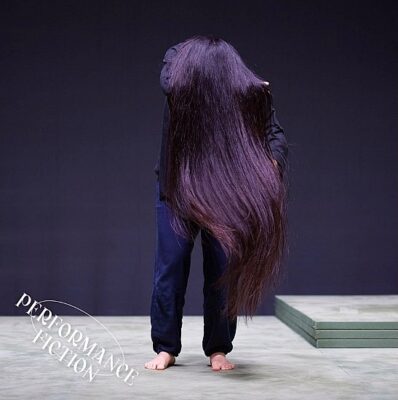 Looking forward to travelling to Toihaus Theater in Salzburg for the Austrian premiere of FUR.For more info click here. 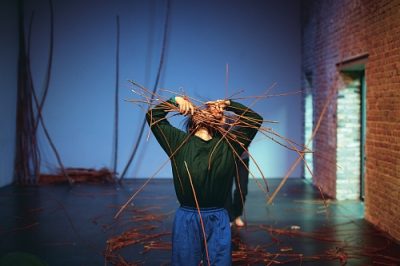 Solo for Claudia and Josephine / Bodies of Light

We are thrilled to inaugurate the next season with a new work: Solo for Claudia and Josephine / Bodies of Light

Come and join us on 10 and 11 September at Tanzhalle Wiesenburg. 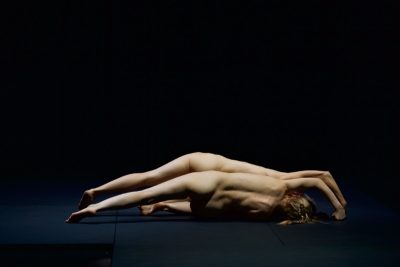 Solo for Claudia and Josephine / Bodies of Light is a continuation of the portrait work Solo for Lea (2016).Based on the same score, the new work plays with reflection by transcribing the solo onto two persons who shadow, mirror, hide one another, who amplify one another’s contours, rhythms, colours and personal energies. Claudia Tomasi and Josephine Findeisen both worked on their own interpretation of the solo before coming together now to dance it at the same time, melting materials and highlighting each other’s specificities.The core of the work unfolds between visual art and dance, between performance and installation, between sensual experience and abstraction – and plays with formal aspects of cubism and Picasso’s drawings in one dash. Together we engage in constellations of forming and disfiguring, in which the body itself becomes the stage: the space, place and matter that is under observation.

One of this summer’s highlights: participation in Tanzwerkstatt Europa conceived and organised by Joint Adventures.

Together with the teaching experience within the dance academy camp SOLID GROUND we had the honour of showing FUR, Turning Solo 2 and Rotations. 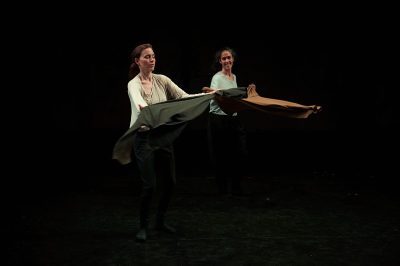 We are happy about the flattering reviews: 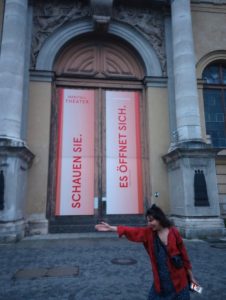 Teaching for SOLID GROUND in Munich

Working with a wonderful group of students coming from different European universities within the dance academy camp SOLID GROUND at Tanzwerkstatt Europa Munich.

Within the workshop we first dedicate ourselves to a daily training. Based on movement principles deriving from ’somatics’ and from Asian techniques such as Aikido, Shiatsu, stretching and breathing techniques, the choreographic practice unfolds: It becomes materiality that can be sculpted in space and time. Here we develop sketches and elements that are part of the research of some of my recent group works or that simply stand for themselves. The central question here is the notion of subjectivity within a collective moving body that can only function as a whole: how can we perceive ourselves as part of a larger whole, and what does that mean as a choreographic practice, as well as a stance to take?

Grateful to Joint Adventures for making this joyful and intense experience possible.See the whole program here 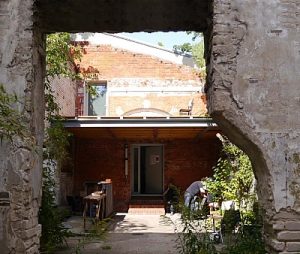 Looking forward to seeing you at the Wiesenburg and celebrating summer together.

Happy to share a new review about Reflection by Bettina Schulte, appeared in the Badische Zeitung. Read here. 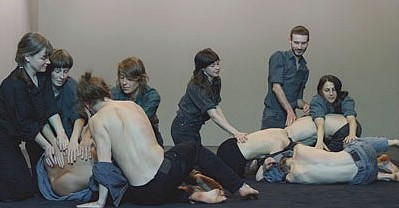 Harvest is to be seen these days in the frame of PURPLE International Dance Festival for a Young Audience Berlin at the Tanzhalle Wiesenburg, 1 &2 /4 June. 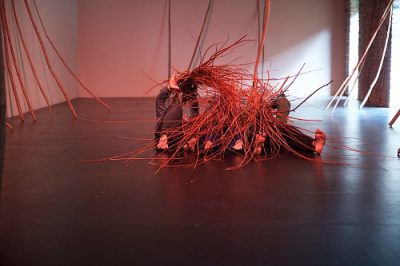 Reflection will be presented in the frame of Performing Democracy, an exciting festival of the “Theater Freiburg”. 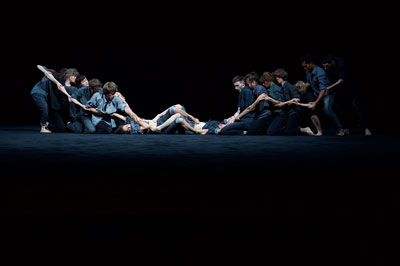 Among 83 premieres of Berlin children’s and youth theatre the jury has nominated a total of 9 productions for the prestigious Ikarus Award 2022So proud that Harvest is one of them! Stay tuned to see how it goes on….

In the meantime, you can see the show as part of the Fratz International festival on 18 and 19 May 2022.Information here: fratz-festival.de/en/fratz-home/

Glad to be part in this year’s edition of Potsdamer Tanztage with Mouvements, a durational performance where the choreographic material of Double Portrait meets the sculptures of Robert Schad. 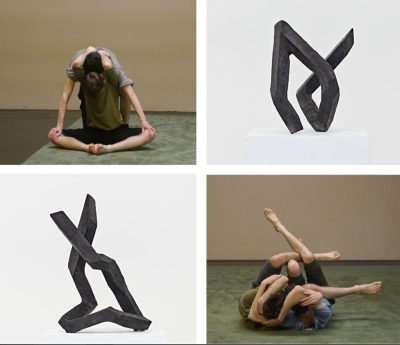 MOUVEMENTS is an encounter between Robert Schad and me, our works around and with sculpture and dance, presence and material, as well as the two performers Przemek Kaminski and Nir Vidan. Robert Schad’s sculptures meet //Double Portrait//. They seem to want to lift off the ground despite constructive rigidity in motion, despite physical heaviness. The physical movement of the dancer unfolds in contrast, dissolving the rigidity, reacting to impulses of movement in the sculptures, and passing them on to the space. In //Double Portrait//, the two dancers become extensions of each other. In changing interdependencies, a common space emerges that unites self and strangeness, intimacy and care, colliding forces and sensuality. Fragments of this work will now resonate with Robert Schad’s sculptures for the first time, reshaping them and making them tangible in a durational installation. Robert Schad’s sculptures and the dancers are united by the development of their expression through the play of their limbs in space.

The choreography Double Portrait is a production by Isabelle Schad, co-produced by @hauberlin and defacto Zagreb.In cooperation with Kunstverein KunstHaus Potsdam.

We are thrilled that the 3 works will be presented to Berlin audiences for the first time as the trilogy GROUP WORKS in a continuous period of time at the Uferstudios and Hebbel am Ufer.

It would be great to see there! 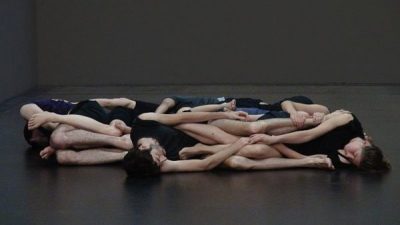 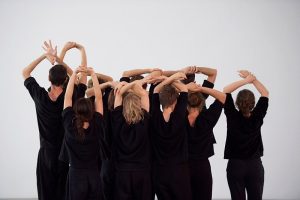 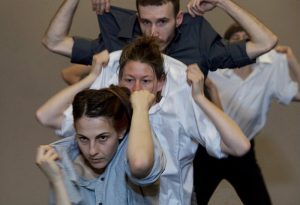 We will be sharing our piece within the context of the Biennale Tanzausbildung in Stuttgart tomorrow. 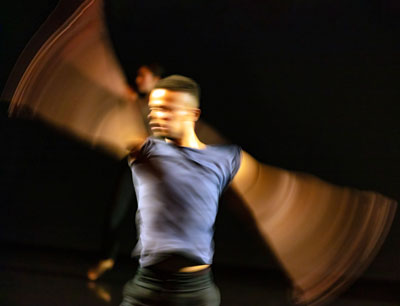 We have had an intense and exciting process @ HfMDK where Dieter Heitkamp has invited me to create a short piece with the students of the 3rd year for the Biennale Tanz in Stuttgart. Now we have been sharing the work for the first time with a public at Gallus Theatre Frankfurt 🙂 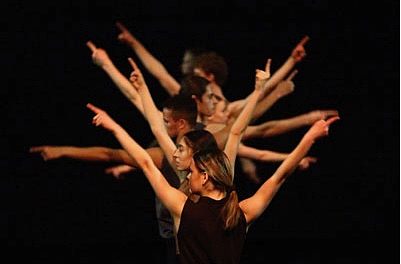 In Infinite Movements – Sculpture#1, a group of performers negotiate continuous and highly energetic patterns of movement which can be perceived both subjectively and holistically. The resulting collective body undergoes constant transformation and with its different parts and multiple connections serves as a possible reflection of nature where each element is in relation to all the others in order for the whole to exist. The polymorphous imageries evade any attribution of meaning and address the energetic potential of the individual to question the concept of togetherness: as a body, a self and a group.

We are offering an informal studio visit 17th December at 2pm around the work on the score of Solo for Lea with Josephine Findeisen. If you would like to book a visit, please contact Isabelle at is[at]isabelle-schad.netIt would be nice to see you there! 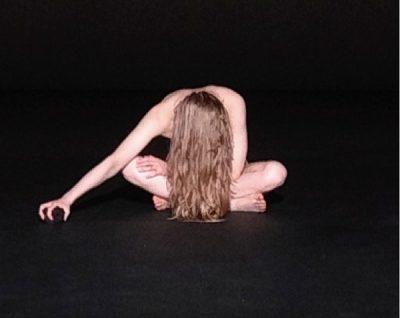 Great pleasure working together for the Biennale Project in Stuttgart